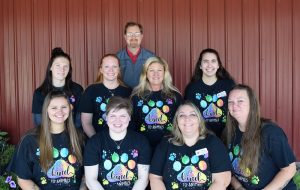 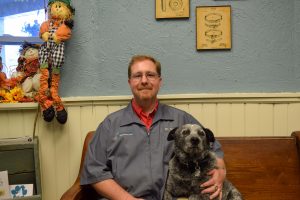 Dr. Scott Baldwin was raised on a large family farm in southwest Missouri. His path to veterinary medicine began with his love of working cattle during the spring and fall with his family. Dr. Baldwin received his Bachelor of Science in Agriculture (1996) and Doctorate in Veterinary Medicine (2000) from the University of Missouri. He met and married his wife Melissa while working at his first job in rural southeast Kansas. In 2003 Dr. Baldwin and his family moved to Michigan City. He and his wife began working at the Animal Clinic of Michigan City, and then later bought the practice. Dr. Baldwin has a very diverse knowledge base in non-traditional and traditional veterinary medicine such as Veterinary Orthopedic Manipulation (chiropractic), low-level laser therapy, herbs, preventative care, nutrition, and acupuncture. His special interests include ultrasonography, equine, and small ruminant medicine.

He is involved in the local community through Rotary International, Masonic Lodge, and York Rite. His professional associations include the American Veterinary Medical Association and the American Association of Equine Practitioners. He and his family reside near Michigan City on their 120-year-old farm, with their many animals that include, dogs, cats, horses, and chickens. 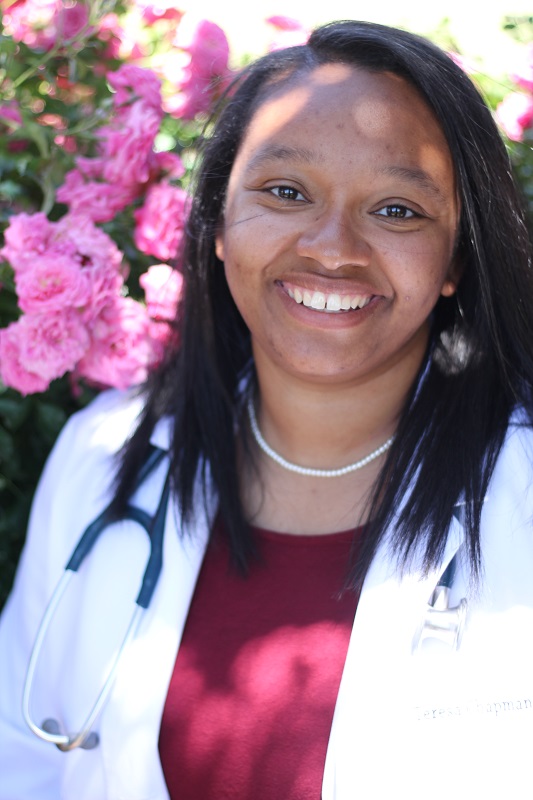 Teresa Chapman is a recent graduate from Mississippi State University College of Veterinary Medicine who plans to pursue a career in companion animal general practice. Her special interests lie in clinical pathology, anesthesia, and surgery. Teresa is from Madison, Mississippi. Before college, she spent her spare time as a member of the marching band and powerlifting team. In 2017, she gained her Bachelor’s of Science in Animal and Dairy Sciences. During her undergraduate career, she worked as a teacher’s assistant, a research worker, and played intramural sports. She has always been passionate about animal welfare, and her compassion makes her an excellent advocate for her patients. In her spare time, Teresa likes to read and cook. She enjoys hiking and being outdoors with her two rescue dogs, Indigo and Scarlett. The most recent addition to her family is Hunter, a three-legged cat. 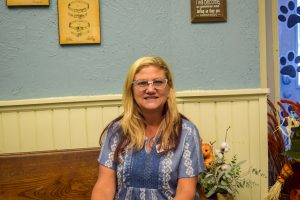 Kelly is our Office Manager. She is from California and moved to Indiana in 2008. She has had animals her entire life. She currently has 3 dogs, 4 cats, and 3 horses. She has been married to her husband Richard for 25 years. Together they have a son, Tyler. Animals have always been her passion and after retiring from Walmart of 21 years was excited to take the opportunity to work at New Prairie Small Animal Clinic where she gets to see all of your pets on a regular basis. 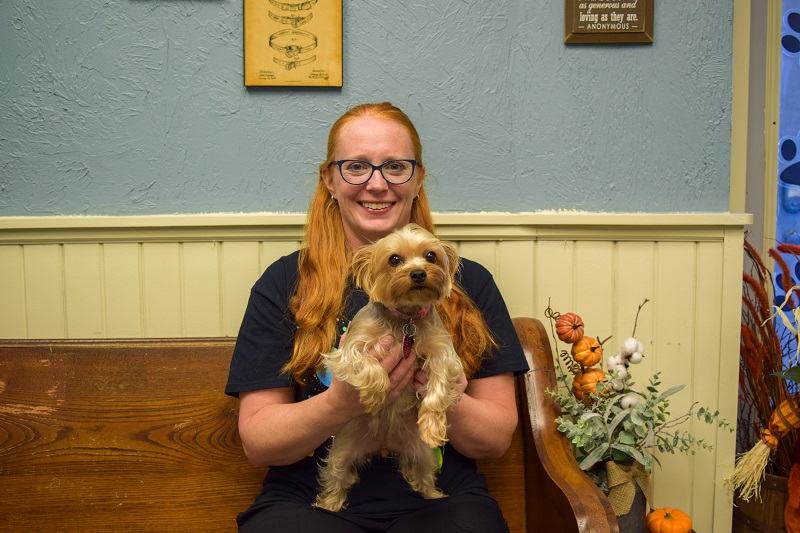 Tiffany is a Registered Veterinary Technician. She has never lived without a dog or cat in her life. Although it took her a few years to make an actual career choice, she has worked in veterinary hospitals pretty much her whole adult life. As the years went by she had basically worked in every position possible in the veterinary hospitals, and decided to become a veterinary technician. In 2008, she began the journey with the Purdue Distance Learning Program. She applied to the West Lafayette Purdue Campus in 2012 and received her degree in 2015. After passing the national exam and state test, she became a Registered Veterinary Technician in the state of Indiana in January of 2016. 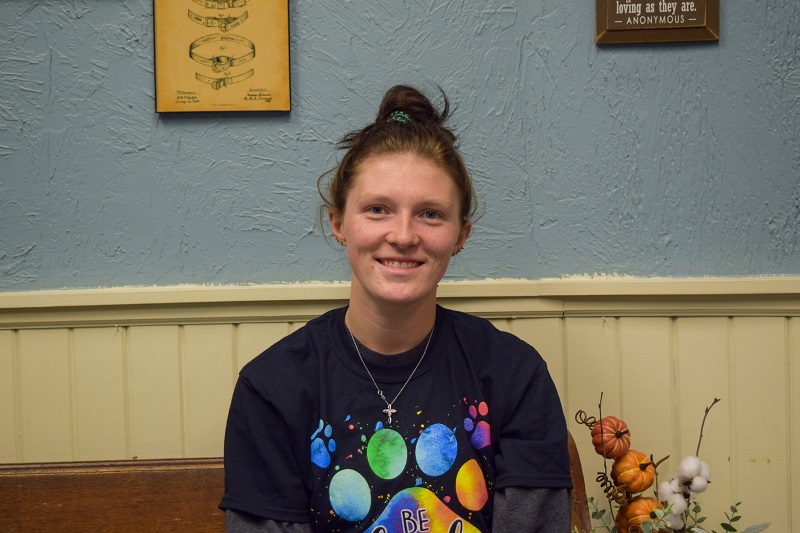 Hayley is a veterinary assistant. She has an Associate degree from Ancilla College in Animal Science and is pursuing a career in Veterinary Nursing from Purdue Global. She has had animals her entire life. She currently has 1 dog (Oakley), 1 pig (Baby Charlotte), and 2 horses (Casino and Tucker). She enjoys camping, riding horses, and spending time with her animals, friends, and family. 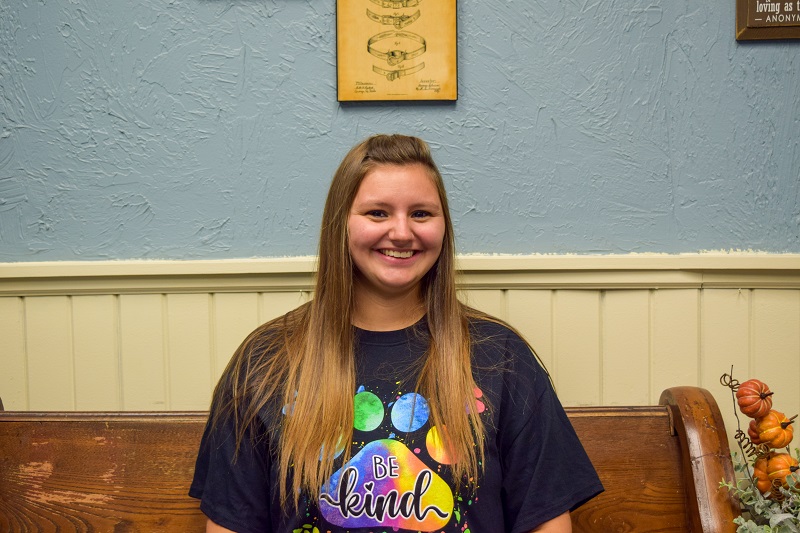 Kayla is a veterinary assistant. She has been married for 6 years and has 3 kids. Her house is full of fun with their 3 dogs, 3 rabbits, 2 goats, and a horse. She showed in 4-H for several years growing up and she now enjoys camping, fishing, riding horses, and spending time with her family. 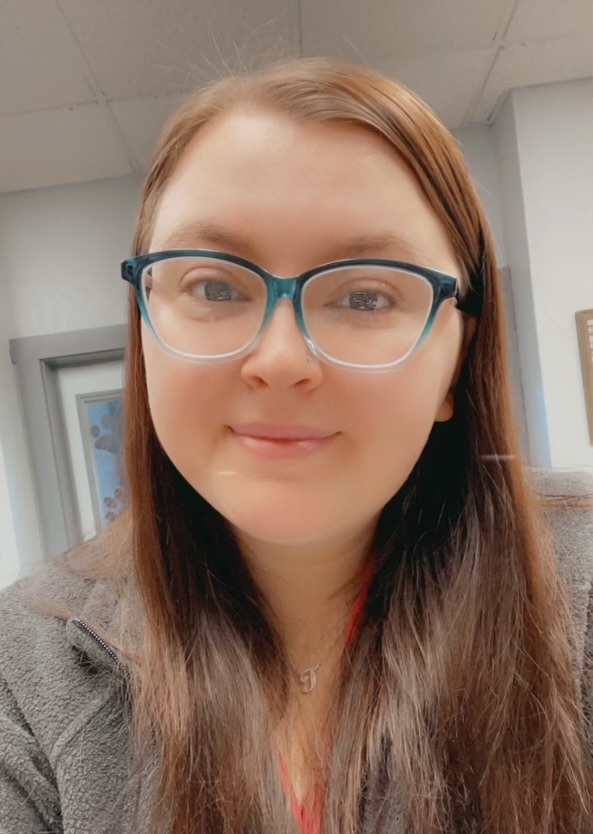 Mandy is a Veterinary Assistant. She is married with a beautiful step-daughter. During her free time she enjoys spending time with her family, and friends as well as ride horses, four wheelers, and rabbit hunt. 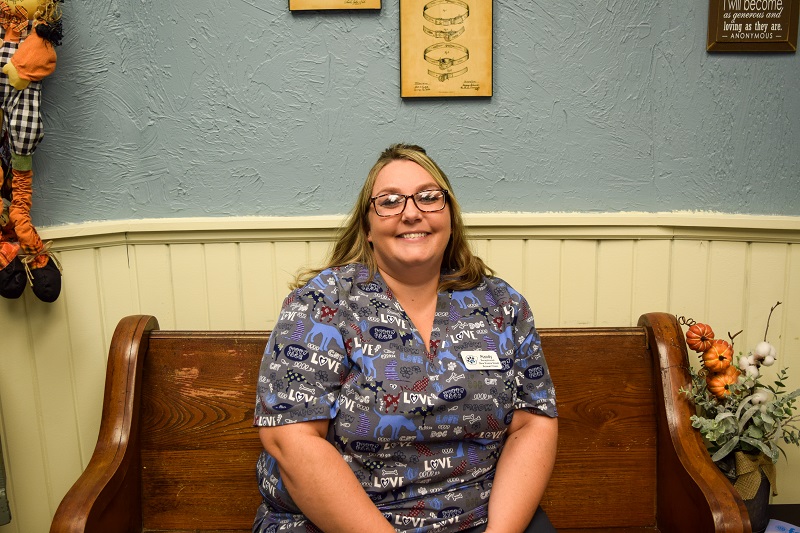 Amanda, or as everyone calls her Mandy, is a receptionist. She has been married to her husband Bryon for almost 11 years. Together they have 3 boys; Kollin, Kathan, and Kole. They also have a dog named Boris. Mandy has an Associates’s degree in Business and is currently working towards getting her Bachelor’s degree from Indiana Wesleyan University. 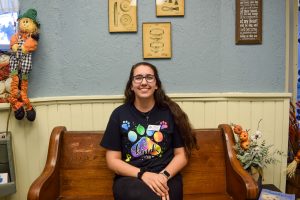 Madison is a receptionist. She recently graduated from New Prairie High School and is pursuing a career in chiropractic care for both humans and horses. She is involved in the equestrian team, 4-H horse and pony, and EZ Rider drill team. In her free time, she is either reading or taking care of her animals. 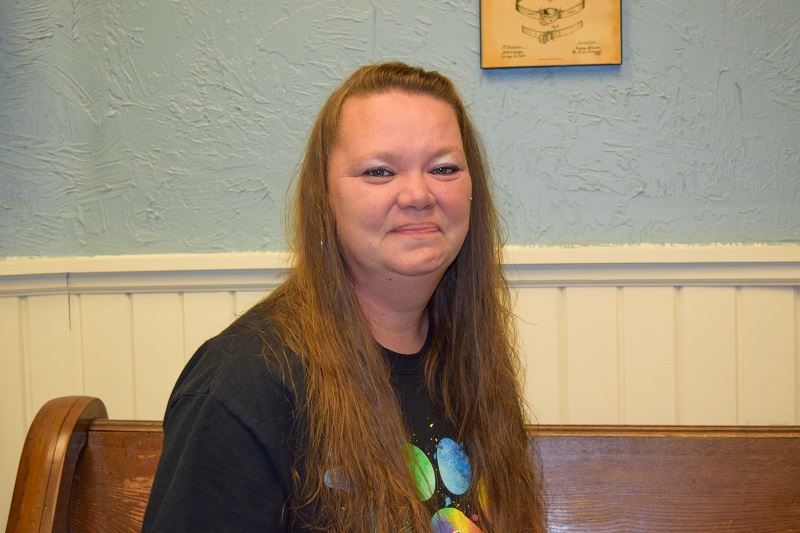 Dana is a receptionist. She was born and raised in LaPorte. She has been married to her husband Doug for 21 years and together they have 4 kids, 5 beautiful granddaughters and a Golden Lab Retriever named Bailey. She enjoys walks, movies, and spending time with family.

Very caring staff. I had to take a drop off cat in that became terminally ill. They were so kind and understanding to the fact that though she was a... read more

Always the best small animal place to go around laporte. They are really caring and explain options for you... read more

They are truly animal lovers. They saved my dogs hearing. I drive all the way from Granger to bring my pets... read more

Always the best small animal place to go around laporte. They are really caring and explain options for you pet

They are truly animal lovers. They saved my dogs hearing. I drive all the way from Granger to bring my pets here.

Font Resize
Contrast
Accessibility by WAH
Call Us Text Us